The history of Parisian tea rooms is intimately tied to the history of the Ladurée family. It all began in 1862, when Louis Ernest Ladurée, a man from France’s southwest, created a bakery in Paris at 16 rue Royale.
The same year, the first stone of the Garnier Opera House was laid, and the area surrounding the Madeleine was rapidly developing into one of the capital’s most important and elegant business districts. The most prestigious names in French luxury items had already taken up residence in this neighbourhood.

In 1871, while Baron Haussmann was giving Paris a “new face”, a fire at the bakery opened up the possibility of transforming it into a pastry shop. The decoration of the pastry shop was entrusted to Jules Cheret, a famous turn-of-the-century painter and poster artist. Mr. Cheret sought inspiration from the painting techniques used for the ceiling of the Sistine Chapel and the Garnier Opera House. By integrating them into his work, he added depth and relief to the ceilings decorated with chubby

cherubs, notably the “Pastry Angel” who was later to inspire the House’s graphic identity.

Under the Second Empire, cafés developed and became more and more luxurious. They attracted Parisian high society. Along with the chic restaurants around the Madeleine, they became the showcases of the capital. The beginning of this century found Paris wrapped up in a frenzy of entertainment and going out on the town. Parisians flocked to the Universal Exposition. Women were also changing. They wanted to make new acquaintances, but literary salons and literature circles were outmoded.

Louis Ernest Ladurée’s wife, Jeanne Souchard, had the idea of mixing styles: The Parisian café and pastry shop gave birth to one of the first tea rooms in town. The ”salon de thé” had a definite advantage over the cafés: women could gather in complete freedom. 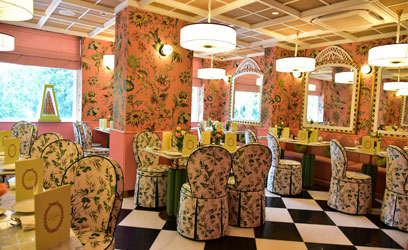 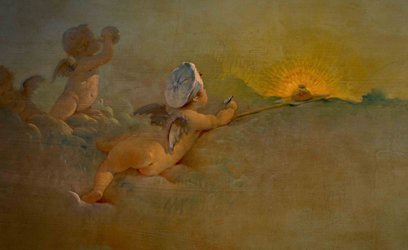 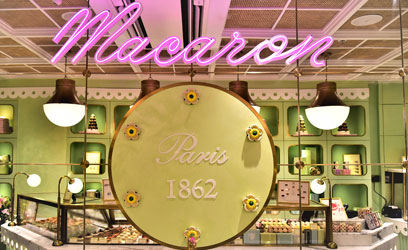 The Story of the Macaron

The story of the Ladurée macaron starts in the middle of the 19th century with Pierre Desfontaines, who first thought of taking two macaron shells and joining them with a delicious ganache filling. The recipe has not changed since.

In 1993, they decided to buy this Parisian institution, and to promote and enlarge the famous “Maison”.

In September 1997, Ladurée opened at 75, avenue des Champs-Elysées. Francis Holder and David Holder, President of Ladurée, sough to create a refined, authentic location on the most beautiful avenue in the world in keeping with the image of the tea room on the rue Royale.

Ladurée is a veritable song to sweets and pastry innovation. Every moment of creation is an intense experience, that is why, twice a year, like fashion designers, the House imagines news desserts such as the Rose Religieuse, the Rose- Raspberry Saint Honoré, the Liquorice Millefeuille and the Blackcurrant-Violet Macaron. 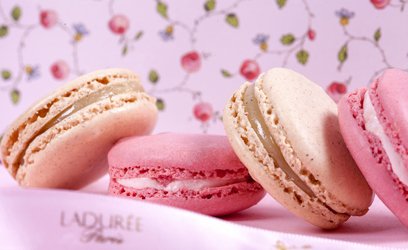 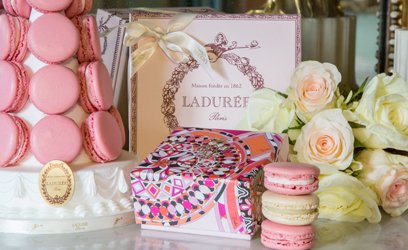 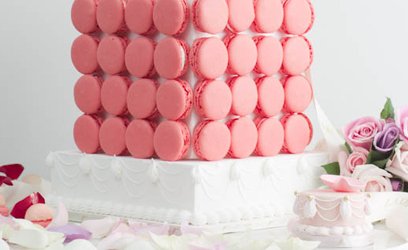 With his long hair, rock ‘n’ roll rings, slim-fit jacket and white shirt (no tie), David Holder is no ordinary president. Constantly jetting from place to place, this Parisian-at-heart is instinctive, visionary, warm, and open. He rarely stays in one place for long and yet is always fully present, attentive to the world that surrounds him, and keen to share his various interests.

Having taken over the presidency of Ladurée in 1993 and the vice-presidency of the Holder Group in 2000, David Holder’s work is based on emotions, connections, impulses – in short, on a love of the finer things, especially when it comes to food! These are the qualities that transformed Ladurée, once just a little tea room on the rue Royale, into the entity that it is today. A brand, a label, a signature; something akin to haute couture, or perfumery, or the wider creative arts.

His philosophy: bring creativity, emotion, and tradition together in an intensely personal definition of the French art de vivre. A clichéd phrase that takes on new life on the lips of this passionate, multi-talented entrepreneur.

David Holder lives life in the fast lane, and isn’t content with merely being the president of a globally successful company, founding boutiques, and developing business strategies. He gets stuck into the creation of each new macaron flavour and the development of innovative pastries, he has his say in the brand’s savoury menus, he was one of the pioneers of the chocolate line Les Marquis de Ladurée, the home fragrance range, and Les merveilleuses de Ladurée cosmetics. In short, he does it all, his life built on a passion for culture, fashion, and contemporary art – a passion he inherited from his father, a keen collector.

Ladurée in the world

Ladurée’s refined atmosphere, laden with history, caught the attention of David Holder and his father Francis Holder, founder of the Holder Group.

In 1993, with his father’s help, David Holder bought the mythical Ladurée tea room on rue Royale, waking the sleeping beauty from her long slumber. Four years later, encouraged by the success of the rue Royale store, the Ladurée tea room and boutique on the Champs-Elysées, decorated by Jacques Garcia, opened its doors in a blaze of glory.

Openings in other prestigious locations came to follow: in 2002, the rue Bonaparte won over the left bank, in the old gallery of one of the post-war era’s “great ladies” of interior design, Madeleine Castaing.
In 2005, a store in London’s Harrods marked the start of an international adventure. David Holder’s knack for finding the spots best suited to the spirit of Ladurée, along with an inestimable flair for launching new ventures, has led to inauguration of over one hundred sales points across the world.

In 2008, the first store launched in Japan, in parallel with the opening of the first Ladurée Bar in Paris on rue Lincoln ; a fresh venue that backs on to the Champs-Elysées store, but tells a whole new story. The fairy tale of Versailles came next, with a store opening in the castle’s Royal Court the following year.
2011 was New York’s Madison Avenue.
2012 was a big year, with a host of of new arrivals ; in Japan, the cosmetics line Les Merveilleuses de Ladurée (which would be launched in France the following year), in Switzerland, the opening of a Ladurée manufacture in Enney, and in France, the new chocolate line Marquis De Ladurée launched on rue de Castiglione in Paris. This year also saw new boutiques in Hong Kong, Cannes, Saint-Tropez, Sao Paulo, and Stockholm. 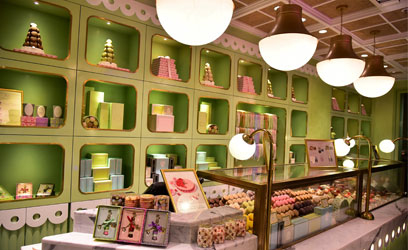 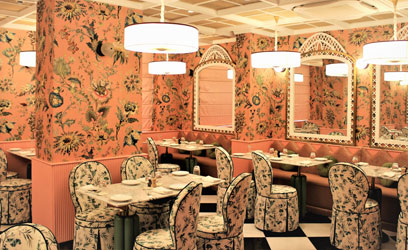 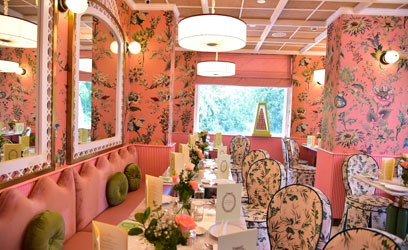